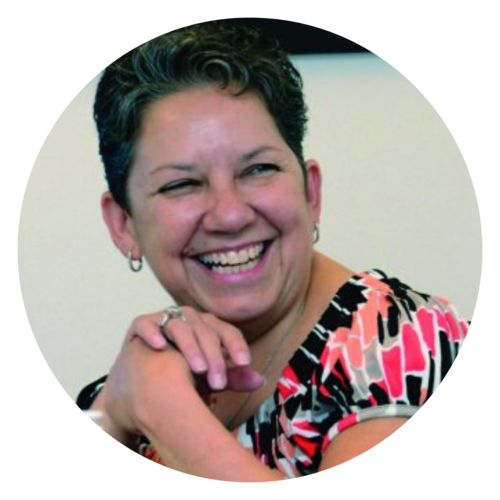 Name: Natividad Seefeld Hometown: Fridley, Minnesota Organization: Park Plaza Cooperative “The residents of our community keep me alive. Their dear friendships and kindness know no bounds.” - Natividad Seefeld Natividad Seefeld is living her dream – making Park Plaza Cooperative a safe, affordable place to live and raise a family. Park Plaza is a Resident Owned Community (ROC). She has lived in Park Plaza in Fridley, Minnesota since 1998. Growing up in a military family and then as an adult, Natividad knows what it means to move. She has lived in big houses during good times and places that were not so big during difficult times -- even her parents’ car as a child. But she wants Park Plaza Cooperative, to be the last place she lives. Natividad currently serves as Board President and has since Park Plaza became a co-op on February 15, 2011. Under her leadership, Park Plaza has replaced a chronically leaking water system, repaved roads, lined the sewer system, installed fire hydrants for the first time, added more lights, built community garden boxes, and installed a playground funded by donations on ROC USA’s website, and with help from a story about Park Plaza done by NPR Radio. Natividad served as a Director of both ROC USA and ROC Association, which is made up of an estimated 44,000 residents in 257 ROCs in 17 states. She directly represented their interests on the ROC USA Board. She is currently the Vice President of the All Parks Alliance for Change. Always advocating for safe, affordable housing, Natividad visited a manufactured home community called Lowry Grove, just a few miles from Park Plaza. Lowry Grove was sold for redevelopment, and the residents there fought hard to be able to stay and keep their homes. Sadly, they weren’t able to. But Natividad visited Lowery Grove several times to help make room in Park Plaza for several residents. Thanks to her persistence, she was successful in relocating two families to Park Plaza. The oldest of six children, Natividad was born in East Los Angeles to a serviceman father and a stay-at-home mother. In addition to her three adult children, Natividad is the proud grandmother of four and a great-grandmother to little Cecilia age 4 1/2. She also holds a full-time job as a Logistics Coordinator at General Mills where she has worked for the past nine years. Volunteering makes not only Natividad happy but her whole family - even those spread out across the nation. Ever the optimist, Natividad’s trademark expression is, “Life is good!” And she works hard to ensure that applies to everyone she knows. While Natividad’s schedule does not allow for much downtime, she does enjoy spending time with her children, grand-children and her great granddaughter, Cecilia.